Facebook and Intel try to diss Apple, but score own goals. Amazon Sidewalk launches, and we tell you what it means, and how to opt out. And we discuss whether Apple’s new processors, and extensions to AppleCare, suggest that we may have forever Macs.

Follow the The Intego Mac Podcast, which I co-host with Josh Long. We talk about Macs and iOS devices, and how to keep them secure.

For example, if you have some Ring security cameras, and one of them is at a location outside your home that is just out of range of your wi-fi, the device can piggyback on your neighbor’s wi-fi, if they also have Ring devices. Since Ring devices are quite popular – especially for doorbells – many people live in areas where the range of these devices may overlap. Or if your wi-fi goes down, you can still get notifications via a neighbor’s internet connection.

Read the rest of the article on The Mac Security Blog. 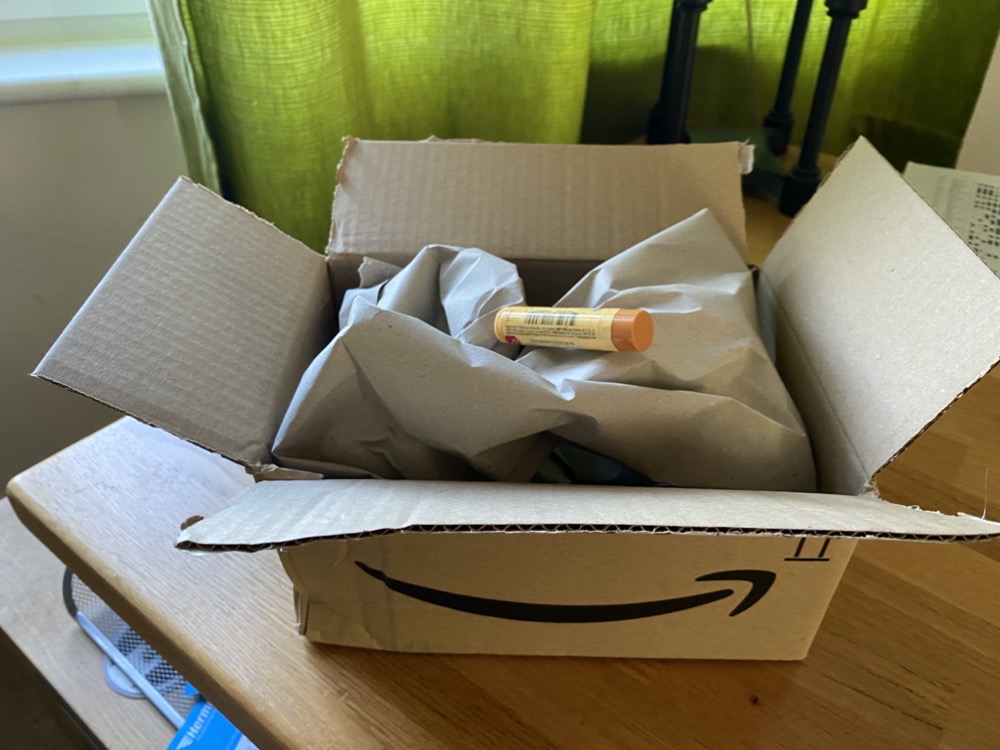 Among Amazon’s other product announcements yesterday was one that surprised me. Not the announcement itself, but the fact that it’s taken so long for a company to do this. Amazon is introducing the Samuel L. Jackson celebrity voice for Alexa. At only 99c (introductory price; it will cost $5 later), you can have Samuel L. Jackson talk back to you from your Amazon Echo.

I think there could be a huge market for this. Imagine getting some more A-list celebrities, especially those with recognizable voices, to do this; it could sell a lot more of these devices.

As for me, I want Bob Dylan to give me directions in CarPlay.

In this week’s episode of The Next Track podcast, Chris Connaker, Doug Adams, and I discussed the odd idea of Amazon announcing a lossless and high-resolution music streaming service. We mocked the idea of listening to this music on an Amazon Echo, but, somehow, none of us thought that this improved audio quality was the prelude to new Amazon Echo speakers.

Amazon is pricing this to compete with the Sonos One, and to undercut the HomePod. Amazon says:

Given the setup of the speaker, it’s possible that this does produce stereo sound, with left and right tweeters, unlike the HomePod, which is a mono speaker. It has a front, whereas the HomePod is designed to work regardless of which way it points. (Oddly, that slot looks like it’s designed to hold a CD, but it is just a vent for the bass to flow from the speaker.)

One positive point is that both of these speakers have a 3.5mm / optical line-in jack, which the HomePod and the Sonos one do not have.

On the podcast, we discussed how audiophiles probably would not see Amazon as an appropriate source for music, and that there are other alternatives, though not that many offering lossless streaming. But these new speakers are an attempt by Amazon to elevate their Echo line from the tinny speakers they have long had, and it’s great for consumers to have more competition in this area.

I would expect Apple to release a less expensive HomePod in the near future, in order to compete with Sonos and Amazon, and the many other hi-fi companies selling standalone speakers of this kind. This is clearly a growth market for audio, as fewer people own stereo separates, and as the idea of listening to music without a lot of gear has become the norm.

Amazon has been criticised by environmental groups and customers after introducing a range of plastic packaging that cannot be recycled in the UK.

While supermarkets and other retailers have been reducing their use of single use plastics, the world’s biggest online retailer has started sending small items in plastic envelopes, seemingly to allow more parcels to be loaded on to each delivery truck.

This started a few weeks ago. I’ve had several deliveries in these non-recyclable envelopes, most of them for items that barely fill one-tenth of the available space. I’ve decided that I will refuse delivery of any such package from Amazon in the future.

Source: Amazon under fire for new packaging that cannot be recycled – The Guardian

Four companies are at the top of the pyramid for technology and digital media: Amazon, Apple, Facebook, and Google. Each one is very different, but there are many similarities that have helped these companies become so dominant.

Amazon’s reach is extraordinary, with 64 percent of people in the United States being subscribers to Amazon Prime. Apple, while far from being the leader in smartphones, commands one of the highest profit margins in the tech sector, currently around 38 percent. Facebook has two billion users, and four of the five most popular mobile apps are owned by the company. And Google owns 92 percent of the search market.

Scott Galloway, professor at the New York University Stern School of Business, and longtime entrepreneur, looks at these “four horsemen,” as he calls them, in his book The Four: The Hidden DNA of Amazon, Apple, Facebook, and Google. In his book, he highlights many of the negative aspects of their business models, and their effects on society.

Read the rest of the article on The Startup Finance Blog.

Amazon has signed a deal to expand the selection of Apple products on its sites worldwide.

Only Apple-authorized resellers will now be allowed to sell Apple and Beats products on Amazon’s marketplace.

Currently, many of these Apple products are either unavailable on Amazon or are on sale only through its third-party marketplace at varied prices and conditions. Amazon does already directly sell some Apple devices, such as MacBook laptops and Beats headphones.

This is a good thing. Amazon is full of spurious listings for Apple products. I recently wanted to buy my son AirPods; he’s in Paris, and I’m in the UK, and, since they were cheaper on Amazon.fr, I wanted to buy them there rather than from Apple. I sifted through a dozen listings, from all sorts of third-party sellers, before I could find one that was sold and shipped by Amazon. Many of the reviews for the AirPods spoke of counterfeits, and the only way to be certain was to get them from Amazon.

I hope, however, that Amazon doesn’t prevent people from selling Apple products used. I’ve sold a couple of iPods, and a first-gen Apple pencil on Amazon, and it’s practical to be able to sell there, as it’s often less of a hassle than with eBay.

Source: Apple pumps up its Amazon listings with iPhones, iPads and more – CNET

Amazon’s business unit that primarily consists of advertising revenue registered another booming quarter this summer, growing to nearly $2.5 billion in sales during the three-month period, as Amazon announced yesterday in its third-quarter results.

The ad division’s fat profit margin — analysts estimate it could be as large as 75 percent — is a big reason why Amazon posted its largest quarterly profit ever in the third quarter. It’s also a big reason why the slowing growth of Amazon’s core online retail business isn’t a giant story in tech right now.

But Amazon’s ad business, for all its glitz and hype, does not come without significant risk: Namely, that an over-reliance on ads will ruin the Amazon shopping experience.

It’s already ruined. It’s been some time since search results on Amazon are helpful. If I search for, say, an author, I get one or two of their books, then ads for random self-published romance novels, then another book by the author, then more ads. If I click one of the books to view its page, I see more ads on the page. It’s the same for all types of products. When I look for something on Amazon now, I have to know what I want and by what brand. They’re killing the site.

Another example: I just searched for baking powder on Amazon UK. I wanted to buy some in bulk because it’s cheaper. The first two results are sponsored results for “Matcha green tea powder,” nothing at all what I’m looking for. They’re probably looking for “powder” as the keyword, which is, quite simply, stupid. Further down the page I get “No Egg (Egg Replacer),” then stevia, then face powder and silicone ice cube trays. Also lots of bicarbonate of soda, which, while close, is not what I’m looking for. Out of 22 results, only ten match my search. (Here is a link to the page; I’m not sure if everyone’s search results will be the same, or whether some of this has to do with my Amazon purchases.)

Source: Amazon’s ad business is both alluring and dangerous – Recode

When Amazon allowed customers to post reviews of the books they bought in 1995, it changed the way people chose what to buy. Reviews had long been the provenance of gatekeepers: at that time, the newspapers and magazines that published book reviews. As Amazon branched out into other products, these customer reviews took the place of those in print media that covered specialist subjects such as computing, photography, and more.

Now, reviews are everywhere and most people seem inclined to put at least some faith in them. How many times have you seen a product on Amazon or another site, or a restaurant or hotel, with four- or five-star reviews and been disappointed by it after your direct experience?

This is because the review system on Amazon (and other websites) has been gamed. In this article, I’m going to tell you how you can spot fake reviews and I’ll show you a couple of websites that can help you sort the real reviews from the bogus.

Read the rest of the article on The Mac Security Blog.