I have mixed feelings about the Touch Bar on Apple’s MacBook Pro. I think it’s a gimmick, and, while useful at times, isn’t useful often enough. As I type, I see predictive text options, but I’m not going to stop typing and tap the bar just because I see a word that I want to type next; it will slow me down. When I’m using Safari, some graphics sort of show what tabs are open, but they’re pretty useless; you can’t see enough to distinguish one tab from another.

The only thing I really use the Touch Bar for is the volume and brightness; adjustments that I made on previous laptops with F keys.

But this morning, the Touch Bar froze; at least the part on the right, the Control Strip. I couldn’t adjust the volume, or change the brightness. So I did some sniffing around and found what I needed to do to force quite the Touch Bar and relaunch it. It’s worth noting that this is the first time since I got this MacBook Pro in June that this has happened; and that there was a major macOS update yesterday. Coincidence?

Open Activity Monitor (it’s in your /Applications/Utilities folder), and click in the search field. Type “touch.” You’ll see one or more items. 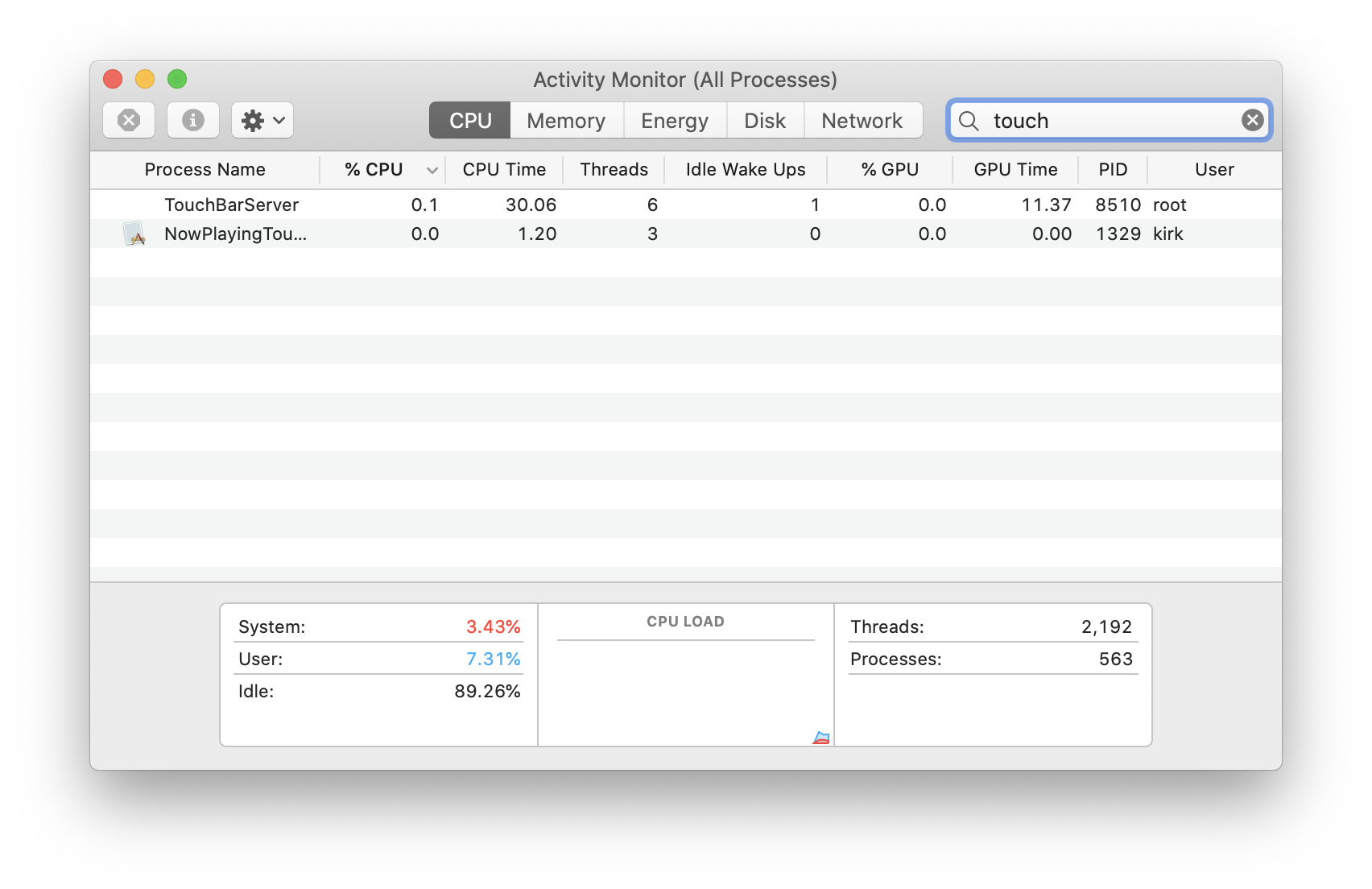 Select TouchBarServer, then click the X button at the top left of the window. In the dialog that displays, click Force Quit. (Quitting might work, but force quitting should always work.) 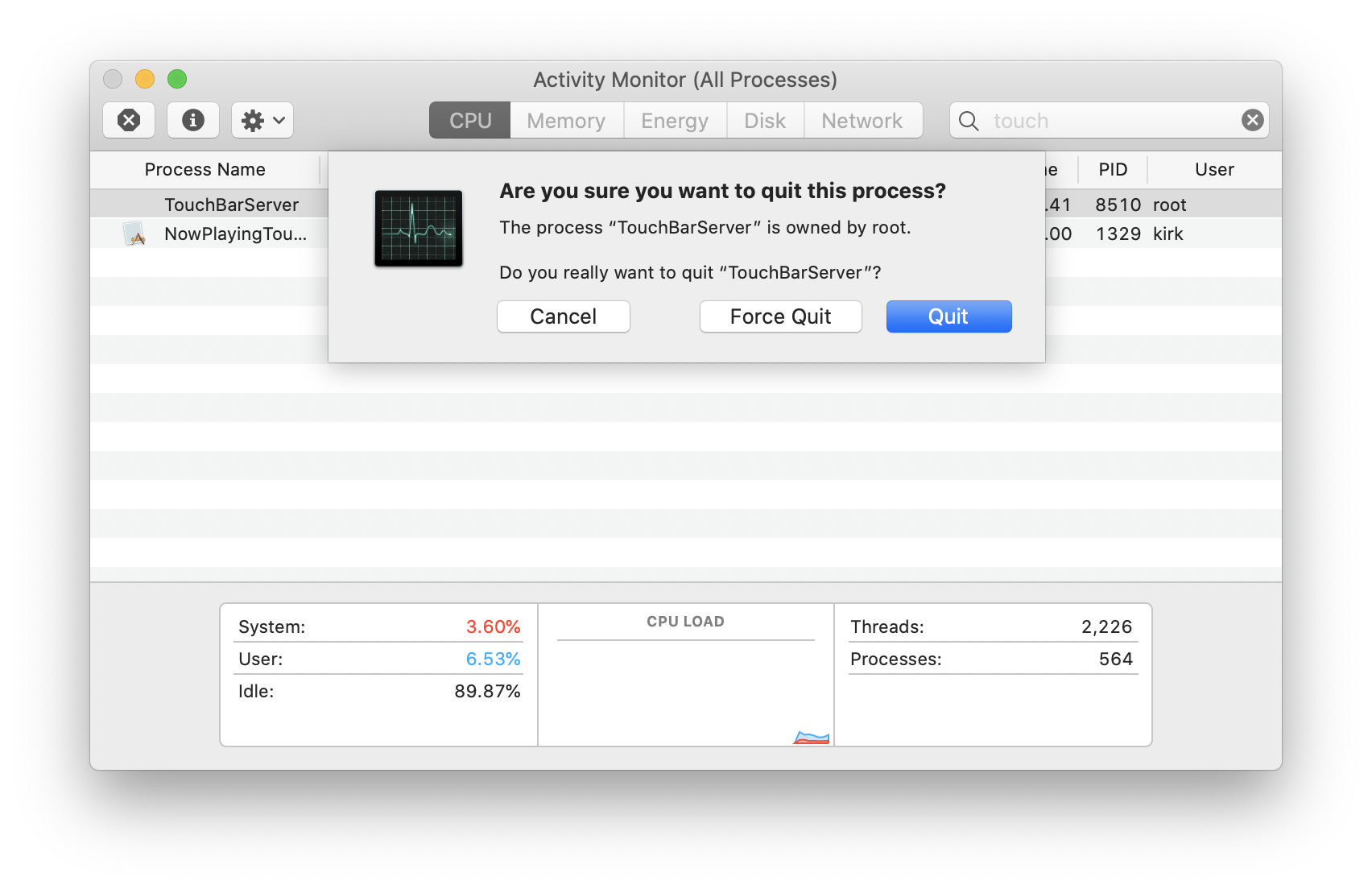 This should resolve your problem.